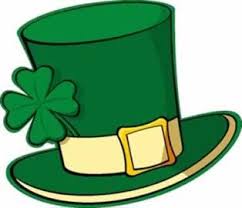 The Lenten Season has begun and 3rd Grade has made their Lenten Promises.  Many students decided to do more of something they deem important such as prayer.  Students are recognizing the importance of spending time with God to strengthen their relationship with Him.  In the classroom, we are saying a decade of the rosary and dedicating it to someone we know who is in need.  Students are also collecting coins at home which will be donated to the Missionary Childhood Association which SMA supports throughout the year.  We are off to a great start!

3rd Grade is having a blast in Science!  We have been learning about animal’s habitats and changes that have occurred in the environment.  Students discussed why whale fossils would be found in the desert and the changes that have occurred to our planet over time knowing nothing is constant.  Our exploration of footprint fossils has even led us to determine the speed of dinosaurs!  We look forward to visiting the Museum of Natural History in the coming weeks to support our learning.

3rd Grade has been working on Narrative Writing.  Students have written creative pieces and personal stories.  Their personal stories touched on frightening experiences and moments they felt angry.  They have been including strong beginnings by starting with dialogue or describing the setting.  Endings are being considered carefully too.  Is there a lesson to be learned?  If so, students can share their takeaway.  Next, we will be Exploding the Moment which will enable students to “zoom in” on a particular part of their story.  This technique will have students showcase their ability to use detail, including figurative language such as metaphors and similes.  We continue to revise and edit our writing and conference with our peers to receive feedback.  We have so much to learn from one another!

In Math, two step word problems continue.  We spent time on identifying the first step necessary to solve the problem.  In addition, we have been practicing matching our equations to the story problem.  Students are recognizing the importance of Reading when solving problems especially when there is an unknown.  Also, the importance of the Order of Operations!  Remember the trick?  Please, Excuse, My, Dear, Aunt, Sally!  3rd Grade is enjoying putting the virtue of Perseverance to the test during Math class!

In Religion, students will be reflecting on The Stations of the Cross.  We will be doing Step Inside Activities to show how those involved may have felt during this horrific time in Jesus’ life.  How did Mary feel when she saw her Son carrying the cross through the streets?  What did Pontius Pilate notice when he was speaking to the crowd?  What did the guards truly believe about Jesus?  What did the criminal hanging to Jesus’ side care deeply about?  Students will put themselves in “their shoes” to better understand The Stations of the Cross.